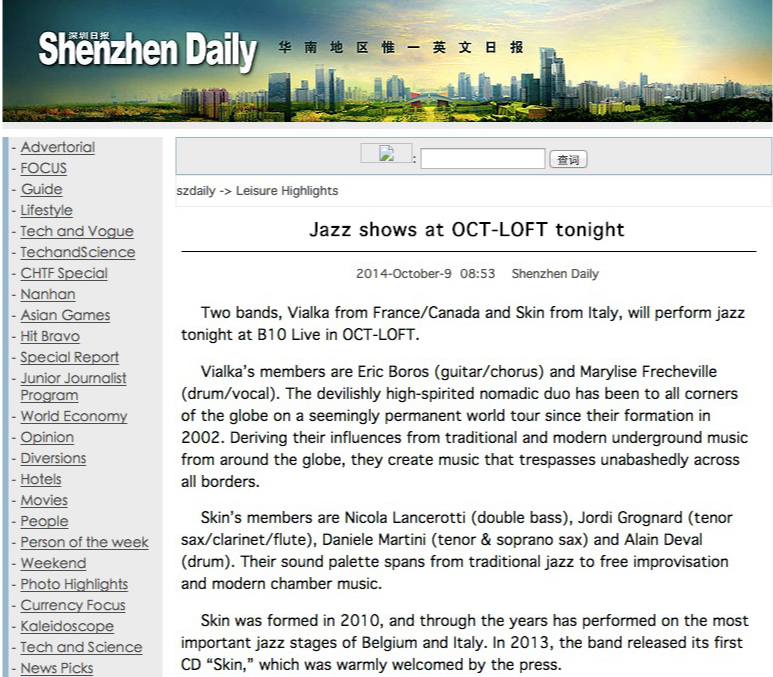 Two bands, Vialka from France/Canada and Skin from Italy, will perform jazz tonight at B10 Live in OCT-LOFT.

Vialka’s members are Eric Boros (guitar/chorus) and Marylise Frecheville (drum/vocal). The devilishly high-spirited nomadic duo has been to all corners of the globe on a seemingly permanent world tour since their formation in 2002. Deriving their influences from traditional and modern underground music from around the globe, they create music that trespasses unabashedly across all borders.

Skin was formed in 2010, and through the years has performed on the most important jazz stages of Belgium and Italy. In 2013, the band released its first CD “Skin,” which was warmly welcomed by the press.